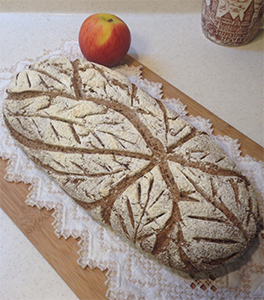 The bread that I offer is a result of hard work on research of old traditions of baking bread. Throughout that time, I tried tens of recipes of bread, using different types of flour. Gaining experience, I got knowledge of all the requirements to bake delicious and healthy homemade sourdough bread. 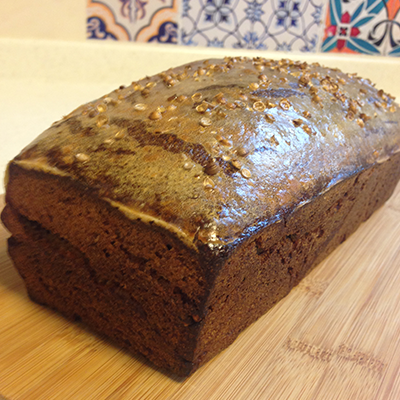 Out of all my tested recipes of Borodinsky bread I prefer the recipe of 1939, which I obtained thanks to my “colleague” from Britain, Yuri Lazarev.

This coriander bread contains pregelatinized rye flour and malt. Thanks to that the bread stays fresh longer, and in my opinion, tastes better after a few days. It also contains black honey, which in combination with coriander gives the bread its signature sweetness.

I recommend serving it with borsch, especially if rubbed with garlic. To satisfy guests at your party, make some canapes made with Borodinsky bread with mackerel and beetroot, and for breakfast, topping this bread with smoked salmon and a cup of coffee will bring a good start to the day. 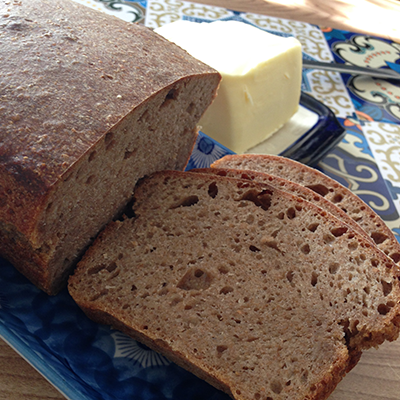 This is the bread I bake most often for my family. It has the most neutral taste. 2/3 of the bread consists of wholegrain wheat flour, so it doesn’t taste sour. It is the closest to the gray bread everyone is used to. Flour with bran makes the bread aromatic and adds more nutrition to it. 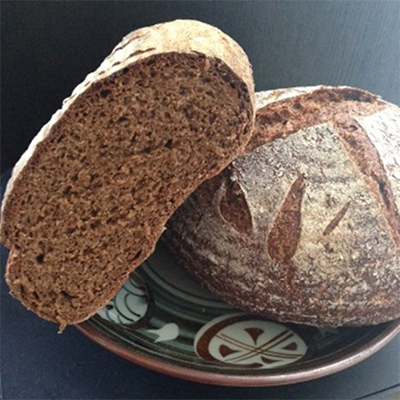 Rye malt, a necessary ingredient for this bread makes it very aromatic, also giving its own special flavor to the bread. Other than that, rye malt gives bread a rich, almost black color.

I also added some bran to this bread, adding more fiber and making this bread very nutritious. 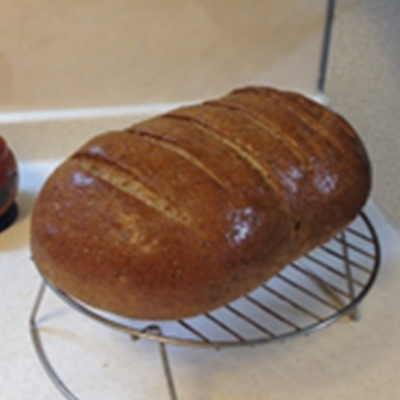 This bread is for the lovers of completely wheat bread without the slightest hint of sourness. The sourdough this bread contains is also made from wheat. 2/3 of this bread consists of wholegrain flour. Thanks to the addition of fine white flour, this bread is very fluffy, while the bran adds fiber to the bread. 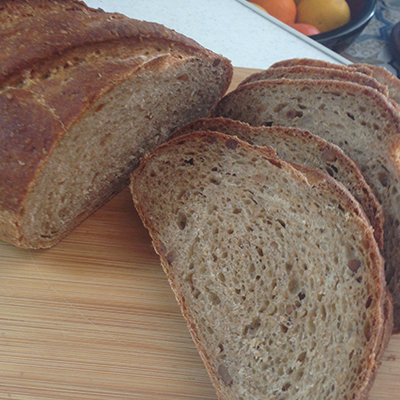 This is fantastic bread that’s suitable for breakfast, as well as a small snack throughout the day with a cup of tea and coffee in order to restore your energy.

This bread contains both wholegrain and white flour in approximately the same proportions, as well as seeds of pumpkin, sunflower, and sesame which give the bread a great scent. This bread is very nutritious, full of rich vitamins, microelements, and fiber. 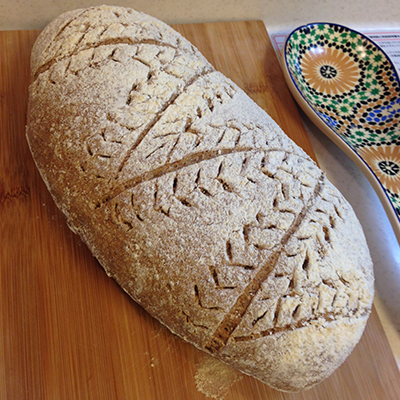 This bread is for lovers of rye bread with slight sourness. ¾ of it consists of rough rye flour with addition of wheat, wholegrain, and white flour. The honey in it makes it softer. This bread is good for canapes and also is a good side for a main course. It is also great for toast cooked with a bit of butter. 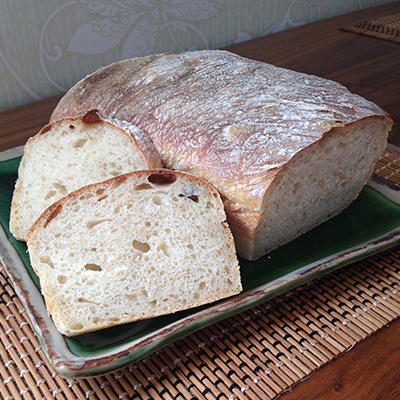 This bread containing olive oil is baked in a special “slipper shape”, but I prefer baking it in a mold so it is better for canapes.

This bread is very airy, porous, but at the same time, the consistence of the inside is very dense and pleasantly rubber-like, due to the release of gluten in the long process of kneading. 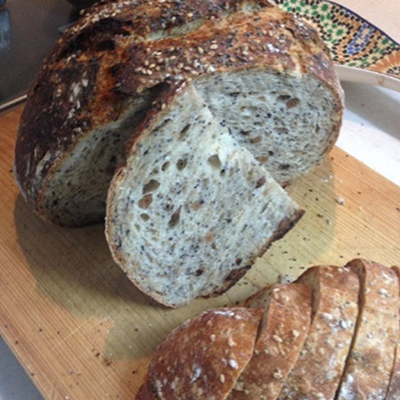 This bread with a very crispy crust is baked in a cast iron Dutch oven. This technique gives it the effect of a stone oven.

This bread consists of wheat wholegrain flour and white flour.

Almost 20% of this bread are seeds. Those seeds are poppy seeds, sesame seeds, pumpkin seeds, and sunflower seeds. They make the bread extra nutritious and healthy with an unforgettable taste and scent. 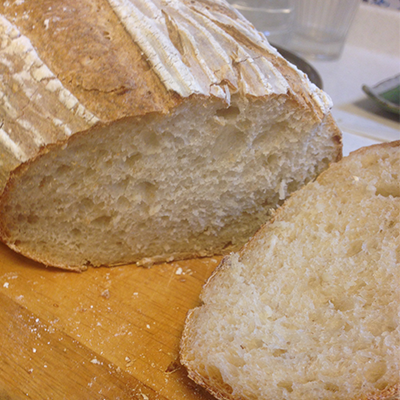 This is white bread with a crispy crust and airy inside, but with a pleasant rubbery texture. 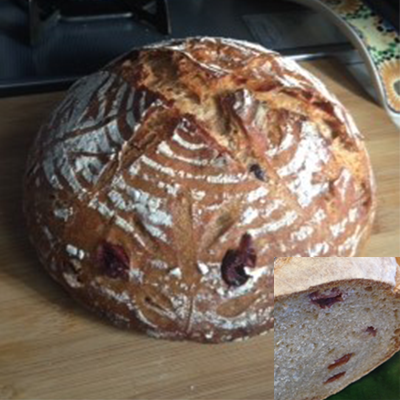 1/3 of this bread consists of wholegrain wheat flour with the remaining 2/3 of fine wheat flour. Dried cranberry and honey add slightest sweetness to the bread. It wonderfully matches with cheese, and it would be delicious with a glass of wine as well as a breakfast toast. 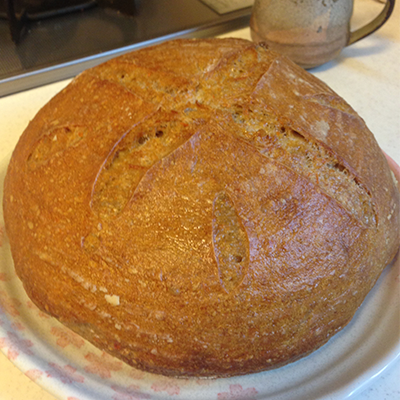 1/3 of this bread consists of wholegrain wheat flour with the remaining 2/3 of fine wheat flour. Pumpkin and sunflower seeds make it even more nutritious, and thanks to grated carrot the bread has a beautiful amber color. It is delicious on its own or in sandwiches. 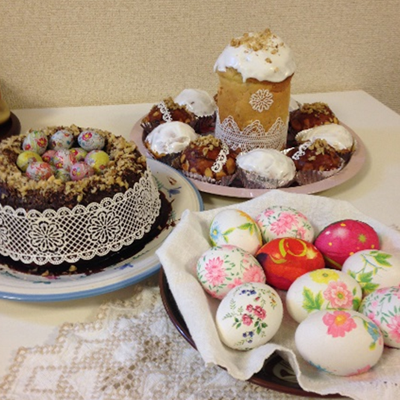 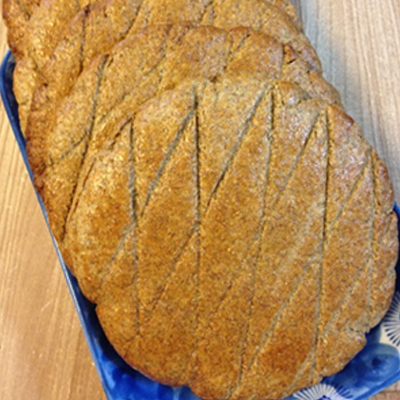 This rye flatbread combines the features of rye bread and shortbread. They are filling but at the same time friable. They consist of rough rye flour and only a small portion of whole wheat flour. One piece weighs approximately 100g but can become your whole breakfast and give you energy throughout the day.